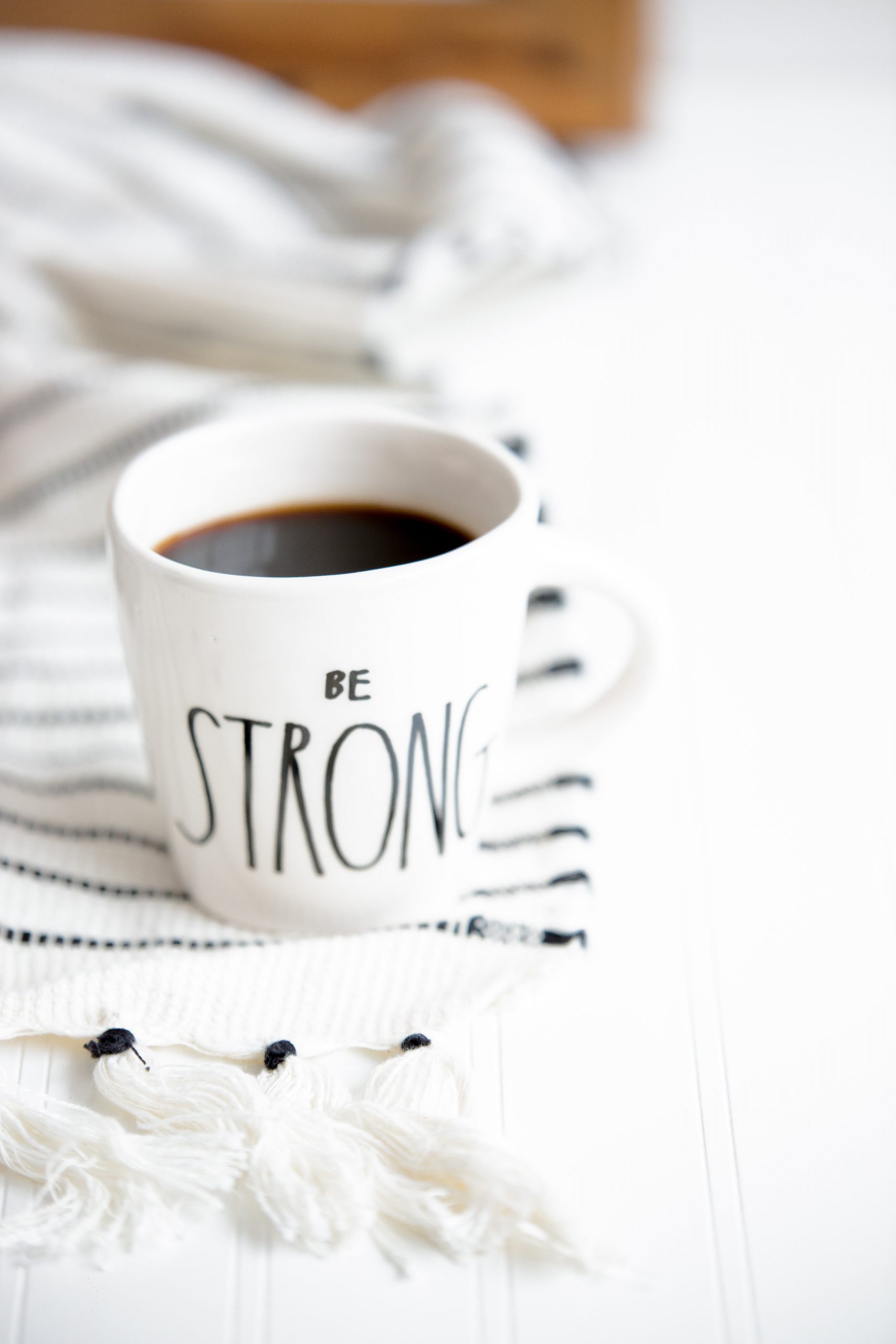 I sit, waiting for my child to come home.
She’s out there, far from my reach.
If I wait long enough, she’ll come back.
She always does.
Maybe takes a wrong turn here and there.
Retraces a few steps.
But she’s never wandered too far from the path.
I trust my child.

I sit, waiting, time is turning over, yawning.
Everyone else has gone to bed.
Not I.
I’ll sit here and wait, though I too need sleep.
I hope she’s not too late.
The coffee cups are empty. Papers lay strewn on the floor.
Sleep not so elusive now.
Until Fear stirs in its layer

Fearing for her, my heart begins a hasty beat.
Its timing matching the speed
at which my adrenalin begins to flow.
I sit. Transfixed. Too tired. Too fearful to move.
Just in case I should miss her call – a sign.

Frightened it may never come. Too tired to search.
She’s never been this long before. I wonder …
Where can she be?
That child grew within me.
A part of my very being.

My true reflection.
The only part of me truly from within – visible to the world.
Yet hidden.
I don’t want to lose her.
It frightens me to know I can never control her.

I sit, musing – am I angered? Perhaps not.
Maybe I’m jealous.
My child gets away with murder.
She says she has motives – a meaning behind everything she does.
Answers to everything. Ask her anything. She’ll have a reply.
Even before the question is fully formed …
Time tuts in frustration.

I wonder what mood she’ll be in tonight.
She can be morose, inward looking.
But things have been going well again – I think …
Though it’s hard to know until she makes her appearance.

I worry.
Maybe she won’t come tonight. Or ever again.

She’s probably coming to me from a different direction.
A longer route.
She dawdles until she sees home.
Then she sprints

I realise I am an empty vessel without her moods to fill me.
I am lost.
Until she finds me,
Then I can live again.
Healed by her company.

My musings are startled. I run to the door.
Fast footsteps
She is already pounding
Bang. Bang. Bang.
After waiting so long – I fear
I am not quick enough to answer her call
Bang. Bang. Bang.

But at last I hold her
The sheer joy.
A feeling of unconditional love
All frustrations transmuted to the night –

The visit is over before it’s begun
And yet the clock shows a new dawn.
I can embrace the light …

All too soon that morning comes, and she has gone.
But she left me something tangible – a permanent
reminder that she is there … though she cannot be seen.

I had shared a few personal stories on a recent ‘Pearls of Wisdom’ Podcast with Psychic Medium, fellow Gemini and ‘soul mentor’ Peter Williams. We were discussing ‘The Healing Power of Writing’ and what that actually ‘means’. What does healing with writing look like?

I find Memoir is a fantastic ‘medium’ to write and heal at the same time, since the heart of the genre is all about ‘Transformation’. However, for those who feel they lack confidence in writing I explained you don’t need to be a good writer to heal or feel some benefit from putting pen to paper. A few seemingly unconnected words thrown on a page can help you more than you think.

Journals, diaries, letters and blogs are all excellent ways to jot down words, thought forms or just a feeling. Poetry is also another amazing way to connect with those innermost feelings. In fact there is a saying along the lines of ‘before there was therapy there was poetry‘. For me, particularly as a teenager, I didn’t even know what I was thinking half the time – until I saw it on the page in front of me.

When it comes to writing for the sake of our wellbeing or healing it’s important not to concern yourself with the technicality of writing. Nobody is going to be looking at your writing – far less judging your grammar or sentence structure. It may seem strange at first but try to ‘get out of your own way’. That is to say – don’t over-think or over-analyse what you’re writing. In fact try to write without even thinking about what word comes next.

When we connect with poetry in this context it’s more about the symbolism and the meaning the words have to you in your life right now rather than a work of art.

To show you exactly what I mean I opened up the old suitcase I have carried around since my teenage years. It is full of scraps of paper that are so old they have have been typed – yes – on a typewriter. As I may have mentioned in another post, I can’t quite believe I still have this case after all these years considering how much I have move between Scotland and Sydney – but when I look at the poem opposite it becomes a little clearer just how important my relationship was  with my writing.

I have shared a poem I wrote while living in a bedsit (a front room in a large, Victorian era family home) aged 17. I was still at school and had a Saturday and a Thursday evening job to pay the rent – as well as some help from my grandmother.

To provide context to my life at that time, my best friend’s family had intervened and put a stop to years of physical violence and mental abuse. They saved me!  They got me out – but of course I could only stay with them for so long. I had to strike out in the world while I was still finishing school. I was happy on one hand to be free but I was also grieving for the life I had wanted … and the life I would never have.

This was one of those poems I didn’t consciously set out to write. It just appeared on my page. When I read it back the next morning, I remember thinking it was all about waiting for inspiration – and how the words took different forms and moods

I used to sit down to write every night because I was hooked on that feeling of creating something out of nothing. I’d generally still be sitting there at 3am – oblivious to time until I stopped.

When I look back now , it’s probably a fairly basic example of some of the work I was doing at the time – but that doesn’t matter because the focus here is on how important writing, creativity and that connection with something higher than myself was to me (and still is). I used to worry about the day I couldn’t write …I think more than that ..it was the ‘feeling’ of writing and what it gave me that I would crave – that feeling of connection. And release! Writing that I would never show anyone (until over 30 years later).

Interestingly, this was written long before I had any notion of the daughter I would bring into the world and have to confess when I read this back I could relate the feelings back to her.  I’m sure many parents can relate to as their child grows up. It’s almost prophetic which I find so funny now.

I can also see – clear as day – by the wording that came through that I was connecting to a higher source – ‘answers to everything’ and that feeling of electricity as the ‘energy’ flowed through me.

It was also a comment on my own fears and how limiting they were and perhaps I was connecting with my inner child on some level – as she was so desperate to have someone who was waiting patiently for her to come home. Someone who would welcome her with open arms and love her unconditionally – but it took me a very long time to see that story in those words.

They might look like a random assortment of words – sentence structures and symbolism – but there is healing and wisdom in those words that still speak to me all these years later.

The Write Feeling … a poem about the joy of writing – and waiting on the creative inspiration to strike …shared to show it doesn’t matter how the words tumble out …the ‘real’ meaning will shine through even if you’re not aware of it at the time … just write. 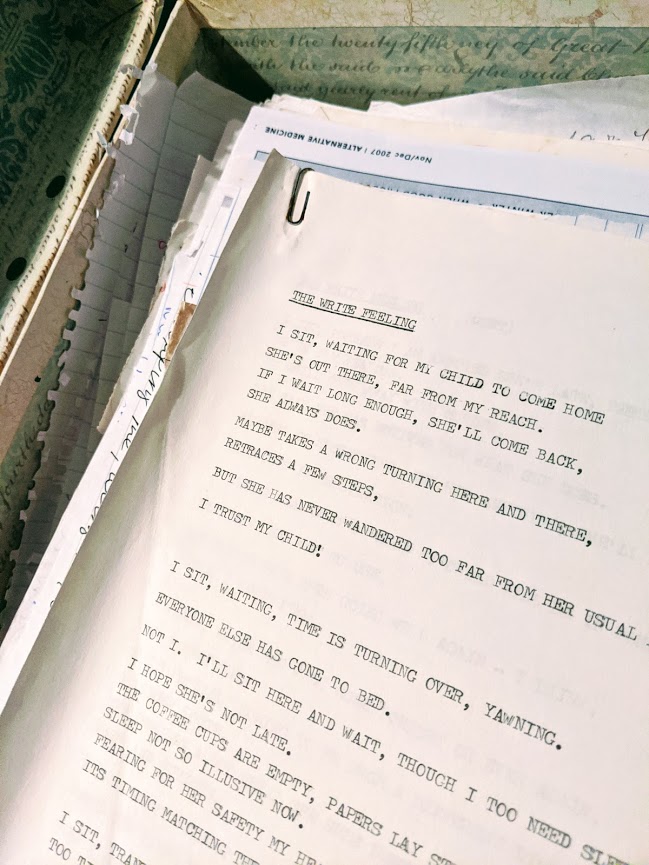